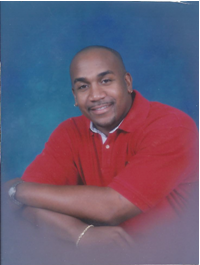 Chris S. Johnson was born in Houston Texas to Charles and Ritchie Johnson on November 18, 1972. Chris was diagnosed with RMC in June 2011 and loss his battle 15 months after diagnosis.  Chris received most of his care in Sugar Land at MD Anderson Cancer Center under the guidance of Drs. Tannir and Sarma.

While battling cancer, Chris had a difficult time being idle.  He developed CSJ Photography and began taking pictures and did several photo shoots.  He and his friends got together to develop a design to go on a baseball cap.  He used his initials “CJ”.  The “C” represented his arms and the “J” represented his body and intertwined the initials stood for “Standing Strong While Fighting With Faith”. The design is now the logo for the Chris “CJ” Johnson Foundation, Inc.

While working for Shell, Chris became an accomplished world traveler.  He visited Switzerland, Spain, Germany, Italy, Brazil, Dubai, Cabo San Lucas , Amsterdam and other global destinations. He was always eager to learn as much as he could about the different cultures, ethnic foods, oil and gas, and the stock market.  As a result of his travels and ever-inquisitive mind, he had a wealth of knowledge.

He cherished his family and friends and was always the life of the party…he kept people laughing.  Chris had a special aura about him…his eyes and his smile was like a magnetic force that drew both children and adults to him.

Chris leaves to cherish his memories: one son, one daughter, one grandson, his mother, father, brother, sister-in-law, grandmother, grandfather, several aunts, uncles, nieces, nephews, cousins and a host of friends.

His legacy continues to live through the Chris “CJ” Johnson Foundation, Inc.