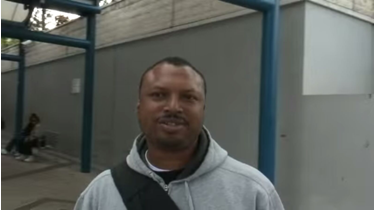 Conroy Gearpaul Smith was born in Jamaica to Roma Crockwell and Anthony Smith. He was the eldest of three siblings.  At the age of 5, Conroy and his family moved to Bermuda and in 2012 Conroy and his mother moved to Nottingham England to be near his sister Shaunelle. Conroy was diagnosed with Renal Medullary Carcinoma in December 2015 and on August 4, 2016 at the young age of 39, he passed away in England.

Conroy was a passionate musician and a loving brother.  He was better known to many as DJ Spyro and for his breakthrough hit, Cutesy Cutesy that was shot in Bermuda. Right until the end, Conroy would talk about his fans back in Bermuda, and he was desperate to go back to the island to perform one more time. He had tried making inroads into the local music scene when he was diagnosed with cancer at the end of 2015.

Conroy leaves to cherish his memories; his two sisters, nephews, nieces, stepfather and numerous other relatives.