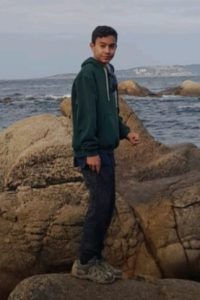 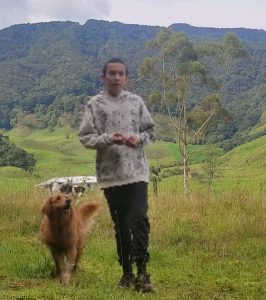 Nicolás was diagnosed with renal medullary carcinoma (RMC) in July 2020 at the young age of 12. Today he is enjoying his life as he attempts to suppress the past 2 years.  On his 14th birthday (December 23, 2021) he rung the bell which signified a great accomplishment. It was the end of a tough regimen of chemotherapy. Nicolás had received 8 cycles of chemotherapy (cisplatin, carboplatin, gemcitabine, paclitaxel and bortezomib). Since then, he has been checked every three months.

Two weeks before his 15th birthday, the central catheter was removed. He now feels like a normal teenager. He prefers to play on the play station with his friends instead of studying for school. From time to time, he will play soccer, but loves going on hikes in the mountains and riding his bike to school.

We don’t know what the future holds. What we do know is that we have experienced, bad days and good days, tears of sadness and tears of happiness.

At the beginning of this journey, we did not know anything about RMC. Nicolás said “I would like to live in the future so that this cancer can be cured.” There are many people making great efforts in researching this disease, however we are thankful to Dr. Pavlos Msaouel who consulted with our doctors in Medellín the formulation of the chemotherapy to use. Our family remained hopeful because of the many supporters that we had and for that we are grateful.

For the patients and for the parents of the patients, we extend our love and best energy to all.

Thank you to Daniel & Diana for allowing the Chris “CJ” Johnson Foundation to walk this journey with you. We are excited that Nico is doing well and we will continue to support your family as needed.